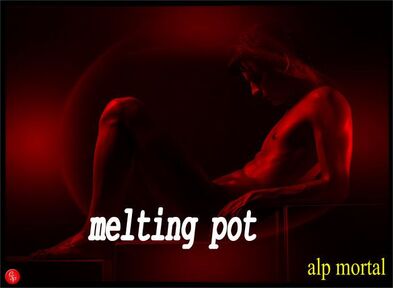 Chapter One - Hungry or Hungary?


Chapter Three - What is stopping you?

“These sheets stink - we stink!”
Unmistakable and indescribable. Worthy of a poem.
Somehow, it is Sunday afternoon.
“Are you hungry?”
“F-a-m-i-s-h-e-d ... Is that right?”
“Perfect. Let’s go out ...”
“What about a shower first?”
“As long as we fuck again later; I want your smell on my hands all night - and all day tomorrow.”
“You propose the plan to the lady in HR?”
“You bet. It’s brilliant ... C’mon!”
We slowly put ourselves together, extracting our limbs from the tangle of sheets - they reek.
Once showered, we head out and make for the pub up the road.
With a decent ale in our glasses, we toast the future.
“The plan!”
“The plan!”
It was sparked by a stray comment about rent. I pay four hundred a month all in. Daniel pays the same, except his doesn’t include electricity. I think he gets a better deal than me because he doesn’t have to share with the Addams Family - and said as much.
“Move here ...”
“What do you mean?”
“There are empty chalets - some have separate bedroom ...”
“But I’d be paying about the same - not that these aren’t better than the bedsit - and I’d have a longer drive ...”
“What if we share?”
“Share?”
“Get bigger chalet; share the rent. You have ready classes; I save for the course I want after I pass my I-E-L-T-S.”
“Share just the chalet?”
“We both have bed; we fuck whenever we want. No pressure; just fun.”
Does a fifty-four-year-old ex-IT consultant deserve that kind of fun?
Where’s the catch; there’s always a catch.
“Exclusive?”
“Maybe ... It won’t be forever, Pyt ...”
No; you will leave and I will be left behind but you were always destined to leave and I have my choices too ... even if it is just mutual wanks with retirees. However, I have learned something about myself over the last forty-eight hours; I’m desirable on some level. He is beautiful; I feel beautiful. It wells up inside me without warning, and I find myself smiling and I want to dance about - of course I’m fucking proud of myself!
There used to be a TV show called the Generation Game - how appropriate. At the end of the show, the winners got shown prizes, which would trundle past them on a conveyor belt. They took home all the prizes they could remember.
I only ever remembered the cuddly toy - something to hold and love.
If I can hold him and in my own way, love him, I will be a winner.
“Let’s do it. And I’ll teach you to drive.”
“Really? This is gonna be fucking awesome.”
Maybe I’m deluding myself. Perhaps this is downright sleazy. If his reputation can take it I pretty sure mine can too - who am I really trying to impress? No one, actually.
oOo
The site manager - a bored prick by the name of Darren - is clearly trying to find a rule that means that we can’t share. In failing, and in having to fill out forms, his face takes on the appearance of a slapped arse.
His final dig is when he informs us that, “I will need a further deposit and a month’s rent in advance.”
“Less the deposit you already hold and, presumably, it will be just the difference in the rent as Daniel has already paid, yeah?”
“I suppose so ... When will you and Daniel be moving in?”
“Now!”
With a key to a one bedroom chalet - which also has a patio - we saunter back to pack up Daniel’s few things.
“Did you see the look on his face?”
“I did; jealous as fuck, I’d say ... I’ll collect my stuff after work tomorrow; I can’t face it right now.”
“I wanna fuck ...”
Am I just the hole of convenience or can he really be interested in me?
Does anyone care, and in any event, in a hundred years - or more likely a hundred days, no one will remember anything anyway.
“Yeah ... me too.”


Chapter Five - All comes to he who waits

“How’d it go?”
“Finally got it installed ... How was class today?”
“Great as ever ... Plans tonight?”
“Cas and Pim are dropping by later for a drink.”
“Great ... Beer?”
“You bet ... Pyt ...”
“Yeah?”
“Love you ...”
I threw away the rule book. When Daniel left to take up his post, I followed, to man the school, teaching English to the crews working on the latest phase of the development of the farm. We share a house. We have friends. I have met his mother. There is one dog. I have ceased to be bothered by the sniggers or the snide comments that some people make behind their hands.
Okay; thirty years is thirty years - eat my shorts!
I fucking hate the Simpsons but he does have to endure Björk.
“Dan ...”
“Yeah?”
“Love you ...”